To Kill a Mockingbird by Harper Lee
(#6 on The Big Read. My combined score: 27) 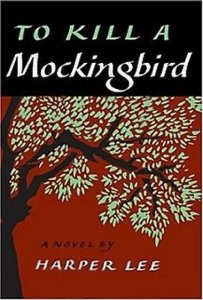 Another classic that I have somehow never read or seen on screen. I’ve avoided it because I thought of it as one of those books they make you read in high school English. I’m vaguely familiar with the story, I think it’s set in the American south somewhere between 1920 and 1950 and it’s about a white lawyer defending a black man, innocent I think, for murder or something.

Overall: I loved this book. Atticus Finch may be the best dad in American literature. At least he’s the best I’ve ever come across. Then of course there is Scout. If you don’t like Scout then I am sorry but we cannot be friends. The only down side to the book is in the final third it tends to get a bit preachy at times. I suspect that was the result of pressure from the editor since there is none of it in the first half.

Recommendations: Anyone who likes to read.